It is our pleasure to announce that Susan McCreery’s winning short story has been selected for publication in Award Winning Australian Writing 2014.

The anthology will be launched on October 1 at The Wheeler Centre and will be available for purchase at Melbourne Books. This year’s collection will feature over fifty writers and competitions and is being supported by the Small Press Underground Networking Community (SPUNC).

Congratulations, Susan, for the inclusion of Angie’s Sparkle in this, the seventh edition of Award Winning Australian Writing.

Monday, June 2 – A quick note to advise those people waiting on receipts that they are in process and will be on their way to you shortly.

Tuesday, May 20 –  WriteFest is over, and the names of the winner and runner up of the BWC  Short Story Competition 2014 have been announced.

We are all at BWC tying up WriteFest’s loose ends at the  moment, though our short story winners have been made aware of their success, and in due course Jo’s notes will be shared with all who entered. We need a little time to  tie up the competition loose ends too.

In the meantime, for your elucidation:

You’ll see there were actually ten stories, from nine writers.

Thank you all for your patience. As always, it’s been great fun.

Keep tuned in for more updates.

Nine stories have been chosen to go to final judging. Our judge this year is Jo Butler, one of Australia’s leading editors, lately senior fiction publisher with HarperCollins, and WriteFest Masterclass Presenter. 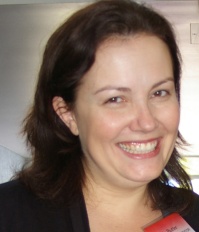 A quick, humorous word from the late Kurt Vonnegut, one of the 20th Century’s favourite short story writers. Simple, but to the point. Most of all, relevant.

During the Covid Interim, we will be moving from Impact CommunityDevelopment.
New venue to be advised.
First club day anticipated to be December 2020
info@bundywriters.com
(Third Saturday of each Month)
Typical Club Day
Doors open 9am for sharing and discussion.
Workshops begin by 10.30.