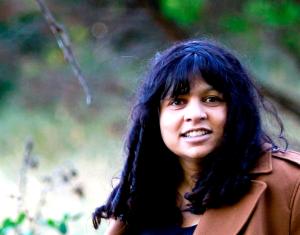 It has been my privilege to read the first four of Sulari Gentill‘s Rowland Sinclair series.

And why not. Apart for her taking out the 2012 Davitt Award for best adult fiction (crime), she’s coming up to WriteFest this year. What would we chat about while nibbling afternoon tea if I hadn’t done my homework?

The first was the accidental correlation between her characters and my arty communist grandfather. He hung about with painters and writers – oh, the tales he told – and was a bit of a boxer, if his trophies mean anything.

I guess in character my grandfa would be closest to Sulari’s Milton – about the same age, not as flamboyant but much more committed to the cause and with some raw pugilistic skills. Mind you, as a ‘red under the bed’ my granddad grew into a superlatively cranky old man who just didn’t understand why the promise of the thirties had fizzled out. I rather think Milton would have been more pleasant in his old age.

The second was how easily Sulari captured the spirit of the times – or at least the times as I’d imagined them as a child. I’d be interested to know how she’s managed to do that.

Depression or not, after the First World War there was a sort of mad optimism (perhaps naiveté) which bred an unparalleled  freedom of thought, and speech, for anybody actively engaged in running the country. At the same time, the class which thought it was in control seemed to hold rather a patronising view of alternate political positions. As if they thought they’d proven might was right. I recognised the stiff necked pomposity (or idiocy) of the monied classes, the desperation of the poor, and the total self-absorption of those who remained untouched by the need to provide their own living, all in a time when Australia was much less the classless society than it is today.

I was also intrigued to find myself once again among the cosies I used to read as a child. I’m thinking here of Agatha Christie, the Queen of Crime, who remains the all time best selling author – sales of about two billion. There’s bravery, I thought.

Fittingly, given the ever present but generally quiet clash of class in these books (this is Australia, after all), Sulari also seems to have added a Wodehouse twist.

Sulari’s eponymous hero is very much a chinless wonder after the style of Bertie Wooster. I was hoping to find more of that sort of humour – you know, the gormless type sometimes mistaken for wisdom by the upper crust – but perhaps Sulari wasn’t ready to press quite so far.

If we were to think of Christie, then our main character would be close to  Poirot’s upper crust Captain Hastings – brave, dashing, unobservant, given to rushing in. A key difference is that he is a painter of some small reputation. And has scads of dosh.

The little grey cells Christie’s Poirot is always referencing seem in Sulari’s books to belong to the working class characters (artists to boot), Milton, Edna and Clyde; particularly Edna, though each has an area of expertise. Rowland’s area of expertise is providing the money to support them all. And managing to attract trouble. Again, like Christie, the stories largely take place in a state of relative isolation, either physical or ideological.

Perhaps because Sulari Gentill does such a good job to recreating the thirties on the page, I couldn’t stop seeing Christie or Wodehouse in a situation or a turn of phase. Both these authors were known for the intricacy of their plots, and while I tried to avoid expecting such plotting genius from the Rowland Sinclair novels I couldn’t help but feel the red herrings to be a little obvious.

Encouragingly, each of the four novels built on the previous, which is precisely what a reader wants if they’re going to make a place for an author on their list of must reads.

I’m looking forward to the newest title, which I understand is out this year.