Which ever way you intend to publish – 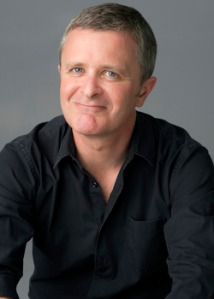 No matter what your publishing route, it’s all good news for today’s author.  The reading world is your oyster, assuming you have the tools to crack it.

He knows his oysters, and he’s either built, borrowed or taught himself the tools he needs to get his words out to the world.

As he says, ‘I’ve gone solo, and am still flapping my wings.’ As publishing models continue to change, he’ll have to keep flapping, and we’ll all be there with him.

Justin’s wing flapping has seen him host six sell-out book-signings during 2015, including his last for the year at Dymocks George Street, Sydney (arguably Australia’s Premier Bookstore) with more event planning underway in 2016.

His first book, Goodbye Crackernight (2009), failed to interest publishers – it’s a memoir – yet Justin continues to secure feature spots in broadcast media, most recently  on 7 News Sydney and Radio 2UE.

He’s currently 60% through his fifth book, No Greater Love, Part Three of an Australian historical fiction trilogy begun in 2012 with Nor the Years Condemn, followed by Ghosts of Empire (2013).